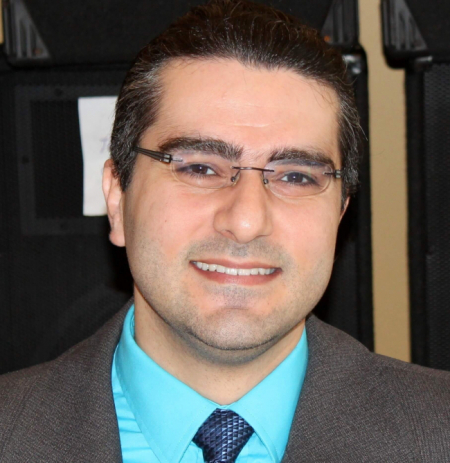 “Professor Najeeb is a brilliant computer scientist who enjoys interacting with students, and who attributes much of his ever-present happiness to his practice of the Transcendental Meditation® technique,” says MIU Computer Science Dean Keith Levi.

MIU alumnus Najeeb Najeeb recently rejoined the MIU faculty as an Associate Professor after completing his Ph.D. in robotics and spending two years working on self-driving cars in California.

Najeeb earned his undergraduate degree in computer science from the University of Baghdad and worked in software and web development for five years in Iraq.

In 2006 he heard about the practical approach of MIU’s Computer Professionals ProgramSM from a friend and applied. He began his studies in 2007, and when he finished his on-campus courses, the Computer Science Department asked him to join as a faculty member. 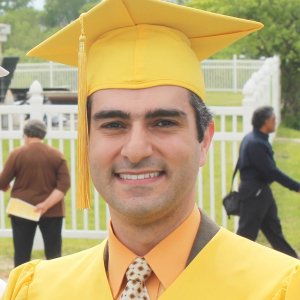 Professor Najeeb, outstanding graduate at his MIU graduation in 2012

In 2012 Professor Najeeb was selected as the outstanding graduate of his MS in Computer Science class at MIU. The same year he decided to pursue his dream of earning a Ph.D. He was accepted by several universities and chose the University of Nebraska because it offered a specialization in robotics.

He found his studies in robotics as much play as work, and in the process, he realized he had gained a competitive advantage at MIU. “I was able to get more done than my peers because I got my eight hours of sleep and my TM practice,” he said. “I was more awake in class, which made me more effective.” At the same time, he somehow made time for his teaching passion, by teaching distance education courses to current MIU students during their curricular practical training (CPT) work.

Dr. Najeeb completed his doctorate degree in Computer Engineering/Computer Science at the University of Nebraska in four years. He wrote his dissertation on a no-prior-knowledge-based algorithm for near-optimal wireless power transfer from a drone to an underground sensor, and then implemented and demonstrated his work. The algorithm he wrote has several applications, one of which enables an agricultural drone to more efficiently charge the batteries of a sensory network in a drip irrigation system, saving time and energy. 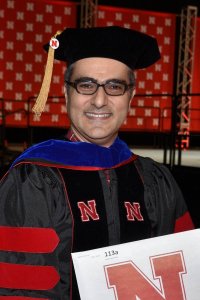 Professor Najeeb received his Ph.D. degree in Computer Engineering/Computer Science at the University of Nebraska

Najeeb wanted to continue working in robotics, and he chose the most exciting area in the field: autonomous vehicles. He accepted a job at the self-driving car company Cruise in San Francisco. “It felt like playing a video game,” he said. “I was able to test the results of the lines of code I wrote.”

In 2020 Dr. Najeeb accepted an invitation from MIU to return to Fairfield, and now teaches courses in web and enterprise applications. He is known for his ready smile, infectious laughter, love of developing technology, and for engaging shy students (whose native language may not be English) in the classroom. He also has a reputation for his administrative effectiveness, broad range of computer science knowledge, looking after Muslim students on-campus, and readiness to assist our students at any time. 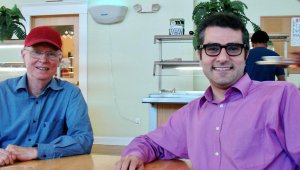