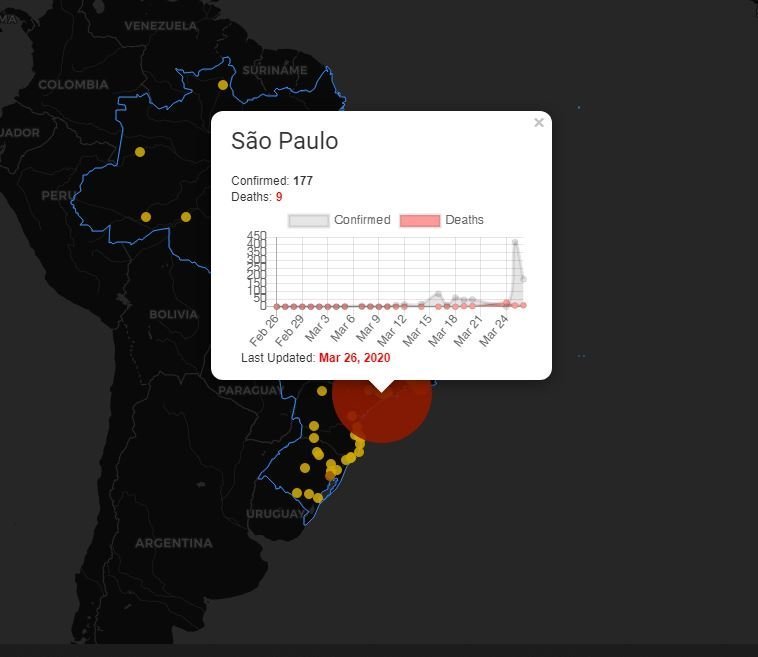 When MIU computer science graduate student Edgar de Jesus Endo Junior studied MWA (Modern Web Applications) last month, he didn’t realize that he was going to gain the knowledge to create an online real-time interactive geographic map of COVID-19 cases and mortalities for all the cities and states in Brazil.

According to Professor Asaad Saad, “After Edgar finished the MWA course, he was prepared to use the latest technologies in his independent project. This project provides data that may help health professionals save lives in Brazil. I respect Edgar for creating this application.

“I have no doubt that creative people like Edgar have a very bright and successful future.”

“In MWA, we learned indepth how to work with NodeJS and Angular. (Angular is a TypeScript-based open-source web application framework led by the Angular Team at Google and by a community of individuals and corporations.) This allowed me to work easily with big projects that require fast interaction with users (without those annoying whole page loads of traditional websites).

“The COVID-19 mapping project just uses Angular to work with an API (Application Programming Interface) which was created by a team of people in Brazil (Brasil.IO). They are responsible for updating data about many subjects (including COVID-19 spread) in Brazil every day. Data is available in an easily used machine readable format.

“It took five days (using Github) to release the first usable version of the mapping project. The real-time interactive map is made for everyone in Brazil with Internet access on their smartphones or computers. It has been my pleasure to create this project voluntarily–just for the benefits it might bring the people of Brazil.

“What this project does differently is the way it presents the data in a map with graphs, and is updated every day using the API. This is the first application of its kind to use this API.” 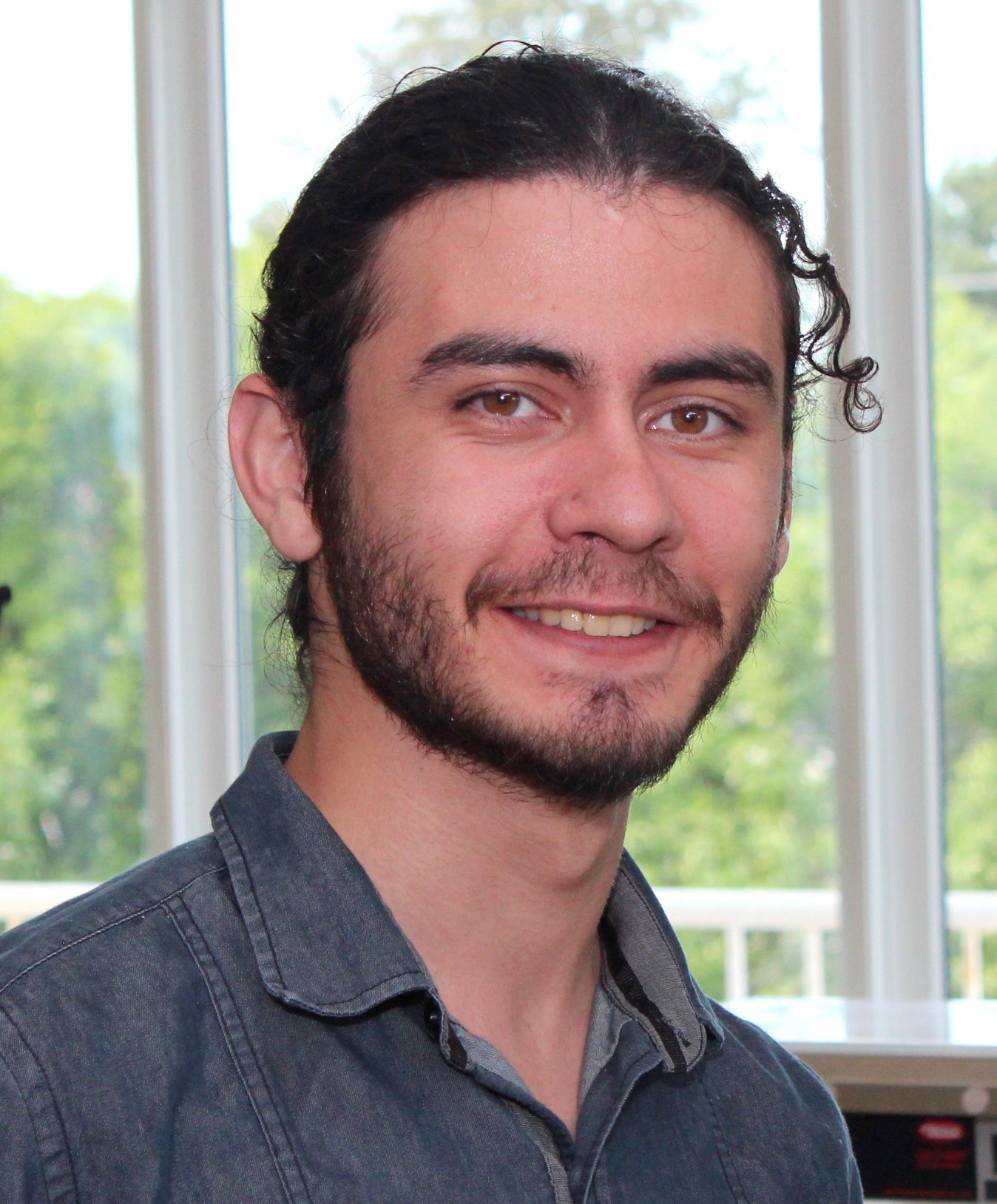 Edgar is happy to make this project available for the people of Brazil. 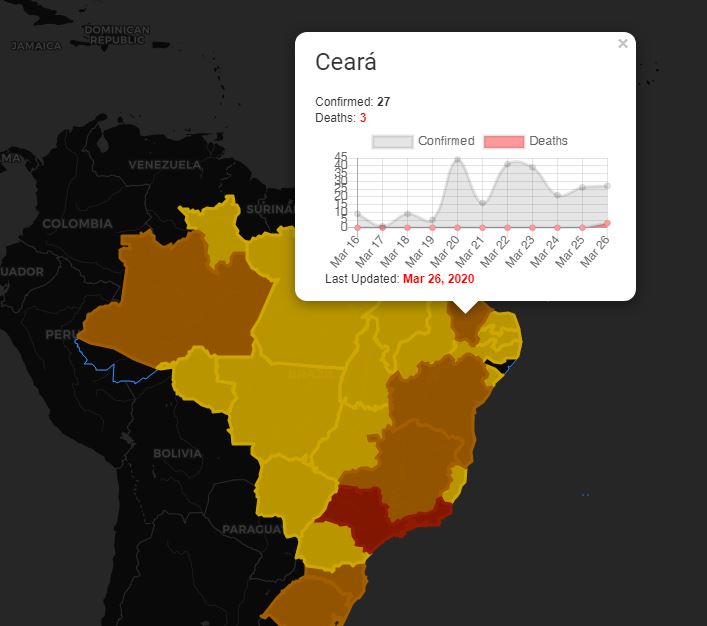 Sample accumulated data for the city of São Paulo through March 27, 2020. 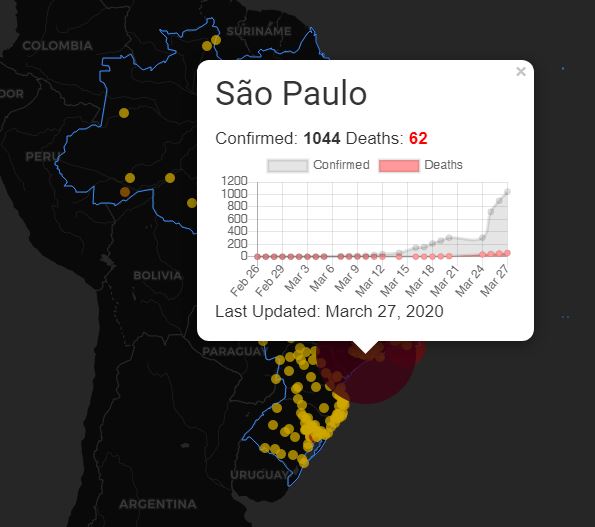 Edgar comes from Itapeva, SP, Brazil. His goals include bringing useful software products to society, as well as the best productivity to companies he works in.

He adds, “MIU and the Computer Professionals Master’s Program have improved my vision about the world and allowed me to have opportunities I was just dreaming I would have a few years ago.”

Advice for other software developers

“For Brazilians and other software developers, just grab the opportunity to study at MIU. Don’t give excuses, because it is really worth it.

“The Transcendental Meditation technique (which is learned and then practiced twice daily by all MIU students, faculty and staff) is the best tool for dealing with stress.

“My family is very proud of this mapping achievement, and because I chose to study for my MS in Computer Science at MIU.”

Learn More About the Computer Professionals Program at MIU 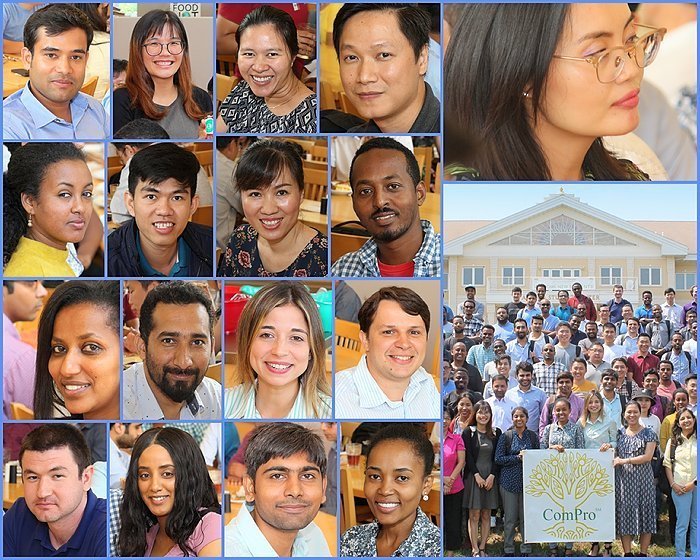 2020Hlina Beyene Loves Everything About MIU
Scroll to top